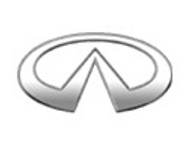 Infiniti is recognized the world over as a leading luxury automaker for the entire 20 year history of the company. Infiniti is a Nissan brand, competing for the marketspace occupied by lines Acura and Lexus. Infiniti has a history of successful models like the V8 powered Q45, the M30 Coupe, the G20, the J30, the I30 (initially a 3.0L 190HP capable V6 before being upgraded over the years), the QX4 & FX35 (SUVs), and the immensely popular G35 and later, G37.

The G35, which replaced the G20, comes in coupe and sedan models that feature rear or 4 wheel drive with a powerful 3.5L V6. The G35 has been so successful that it even won Motor Trend’s Car of the Year in 2003 and remains one of Infiniti’s most popular models to this day. The G37, which itself is a replacement to the G35, packs an even more powerful 3.7L 325 HP capable V6/VQ engine with an automatic 7-speed transmission that has been praised for its quieter and smoother engine. The G37x is the all-wheel drive version. As Infiniti owners know, getting the most out of your G35 or G37 by upgrading, improving, customizing and optimizing it for world-class performance and your own unique style is as much fun as driving it. That’s why we stock a full supply of all the parts, tools, and upgrades Infiniti owners need for their G35 and G37.

From shocks, struts, racing seats, fuel injectors, intake & exhaust parts, motor kits, drivetrain parts, pistons, brake lines & pads to taillights, headlights and everything else in-between, ValiantsRacing.com prides ourselves on bringing the best selection of top-quality Infiniti G35 & G37 accessories and high-performance car parts to you. We offer the parts and accessories that Infiniti owners are looking for to elevate their driving game.

At ValiantsRacing, we understand that your car’s style & performance are essential, so everything we do is focused on helping you find the absolute best parts for your car while delivering the best customer service in the industry. That’s why we stock such a huge supply of aftermarket-performance, and other automotive parts and tools. Our commitment to you is to do whatever we can to earn the right to call ourselves your top choice for all your Infiniti tools, parts & accessories.